How To Identify Your Hatch Lid & Replace It 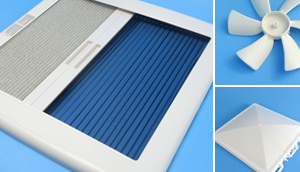 This article covers Ventline, Jensen, Exilir. These vents originated in America and fit a hole in the roof of 14" x 14" or 355mm x 355mm. The lids are not interchangeable but look similar.

The four seasons hatches, plus European styles of Fiamma, Heki, and Remis are not detailed in this article.

Identify your brand by the flyscreen.


In many cases the lid may be missing so the hinge on the base can confirm the style.

Above:
a) The lid is not symmetrical and has a wedge shape, it has a plastic hinge moulded with three openings.
b) The winder has a plastic claw at the top end that glides along a plastic T section moulded into the lid.
The vent base has seven curved metal fingers - four support the lid, three hold down the lid. You need to remove the winder to fit the ventline lid.

The Jensen MK1 vents were only produced until sometime in the 1990's. It would be vary rare to find one on a later model caravan. We can still get replacement lids.

Above:
a) A long metal pin (not included) goes through all sections of the plastic hinge and the metal vent base.
b) Jensen MK1 replacement lid is 360mm x 370mm, the extra 10mm is just for the hinge.

The Jensen MK2 is a very common vent used on a multitude of Australia made caravans since the 1990's.

These are sometimes called the Jensen New Style and have a distinctive metal hinge section on the vent base.

Above:
a) The metal hinge section on the vent base, has three rolled long sections, and two rolled short sections.
b) The lid to match has plastic moulded sections that straddles the rolled section on the base. The winder slides within the metal brace that comes with the lid. This brace wedges into place at one end, and has two small screws at the other end.
c) The plastic measures 335mm square plus 15mm extra for the hinge 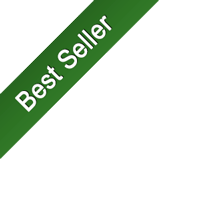 The Elixir MK1 vents were only produced until sometime in the 1990's. It would be vary rare to find one on a later model caravan. We can still get replacement lids.

Above:
a) The Elixir MK1 has an Aluminium brace/ runner for the winder
b) It also has an full width aluminium hinge section on the lid
c) To complete identification, see the square styling.

The Elixir MK2 has been used on a number of caravans and campers made in Australia since sometime during the 1990's.

If you are unable to identify your existing vent the UniMaxx Universal Vent Lid can be fitted to any 14 x 14 inch vent including Ventline, Elixir, Jensen & Hengs.

To fit the universal lid you will need to drill 4 screw holes into your existing vent flange to attach the mounting bracket. Fitting instructions are included and there is also a step-by-step video guide. 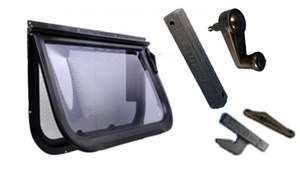 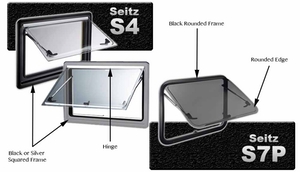 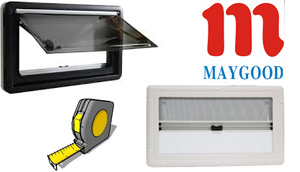 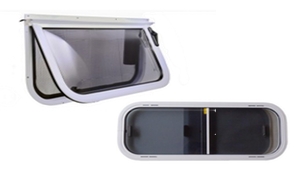 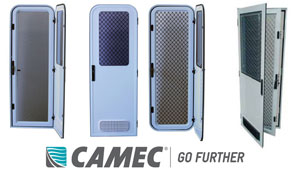 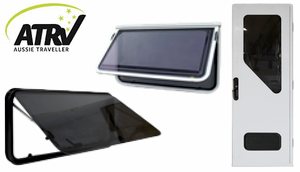 Great communication, order processed & sent very promptly. Would definitely recommend to others. Will certainly buy from again. Many thanks.

1st order by Bronwyn from NSW

7th order by Graham from NSW

2nd order by Glenn from QLD